The Recycling Center offers tours to the public along with the Garbage Garage Education Center tour. School groups, scout troops, businesses and other groups interested in learning more about the recycling center can call (970) 498-5772 to add a tour of the facility to your visit.

View the Current Prices being offered at the Larimer County Recycling Center for recyclable materials. EXCEPT FOR ALUMINUM, THE MINIMUM LOAD REQUIRED IS 400 POUNDS. Any amount of aluminum (cans only) is accepted. PLASTIC BAGS ARE NOT ACCEPTED.

View the Amount of Recyclables Processed over the years at the Larimer County Recycling Center.

• The city collected 21,634 tons of trash in 2016, which includes everything from curbside pickup to large Dumpsters.

• Overall, 61 percent of all items collected curbside, at the recycling center and in Dumpsters was recycled or reused, in some way diverted from the landfill.

When asked to list what residents can recycle at the Loveland Recycling Center, crew supervisor John Sweeney answered, “It’s easier to say what we don’t accept. It’s like Styrofoam and PVC.”

And he’s not joking.

The offerings of what people can recycle at the Loveland center, 400 N. Wilson, have expanded along with the size of the site since it opened in 1995, 22 years ago.

Last year, the city accepted 26,275 tons of yard waste, which exceeds the overall amount of trash collected (21,634 tons) by the city, plus 7,884 tons of recyclables in 2016. Through the recycling center and curbside pickup, 61 percent of the waste collected by the city was diverted away from the landfill that year through recycling and reuse.

The recyclable items include a lot more than the typical paper, plastic and glass. The site accepts everything from cooking and motor oil to scrap metal to old plastic buckets, books and computers.

Most everything can be dropped off for free, but there are fees for a few items including televisions, tires, refrigerators and air conditioning units due to the costs associated with specialized disposal.

A complete list of what is accepted is available online (www.cityofloveland.org/departments/public-works/stormwater/recycling-center-new), but some highlights include:

• Oils. Yes, the city accepts motor oil, antifreeze, filters and cooking oil, all of which is recycled. The cooking oil is sent to Boulder, where it is made into biodiesel fuel.

• Large plastic items. The bin for large plastics includes everything from old buckets and laundry baskets to sandboxes and other outdoor children’s toys.

• Plastic bags. The city sends its loads of plastic bags to a specialized company that turns them into synthetic decking.

• Hardbound books. These are ultimately shredded and turned into new paper products. Though the recycling center does not allow scavenging, crews will allow people to take books from the site for crafts or reading, noted Sweeney.

• Electronics. Resident recycling everything from printers and computers to remote control cars, stereos, speakers and even subwoofers. The circuitry is removed from these, then the products are ground up and precious metals extracted from them for reuse, noted Tyler Bandemer, superintendent for the Loveland Solid Waste Division.

• Televisions. All styles old and new are accepted as are computer monitors, but a fee is charged for disposal. This is $1 per diagonal inch for the cathode-ray tube style and 50 cents for the newer flat screens.

• Concrete and porcelain. The city accepts old concrete, which is ground and made into new, as well as porcelain that is ground into aggregate. And yes, the porcelain pile is filled with old toilets and sink basins.

•Tires. These are sent to a specialized recycler that turns them into another product, including ground up rubber that may be used for playground surfaces.

• Glass, plastic, paper, cardboard, tin and aluminum. Any of the items that can be recycled curbside also can be taken to the recycling center. And officials recommend residents separate their glass bottles from the mixed stream to avoid contaminating the other recyclables. All of the glass is taken to Rocky Mountain Bottling, which turns them into fresh bottles for Coors and Miller products.

• Yard waste. The city accepts leaves and branches of all size at its recycling center, which is turned into mulch and compost. The large logs from people’s trees are one thing residents are allowed to take home and cut up into fire wood. They can’t cut on site, but they can take them. Residents can pay a monthly fee for yard waste carts that are picked up curbside, but these are for leaves and small twigs, no bigger in diameter than your thumb. Large branches should be taken to the city center.

• Lumber. Anything wood that is not painted, treated or stained can be recycled at the center. This is another pile from which residents are allowed to take, and some people there scavenge for old cedar fencing or pallets for home projects, noted Sweeney. “You get a lot of DIYers doing projects out of wooden pallets,” he said. “On Pinterest, the pallets are popping up. People are always down here taking those.”

• Refrigerators, air conditioners and old propane bottles. Large and small, these can be recycled at the city center. However, a $20 per unit fee applies to anything that contains a refrigerant because of the cost of removal before the item can be scrapped for the metal.

• Scrap metal. The scrap metal pile is the place for everything from old rain gutters to trash cans, ladders and even chain link fencing. Again, these are scrapped for the metal.

• Compost. This is something residents can get from the recycling center instead of drop it off. Made from yard waste processed at the center, residents can buy organic compost for $7 a quarter yard or $28 a cubic yard. 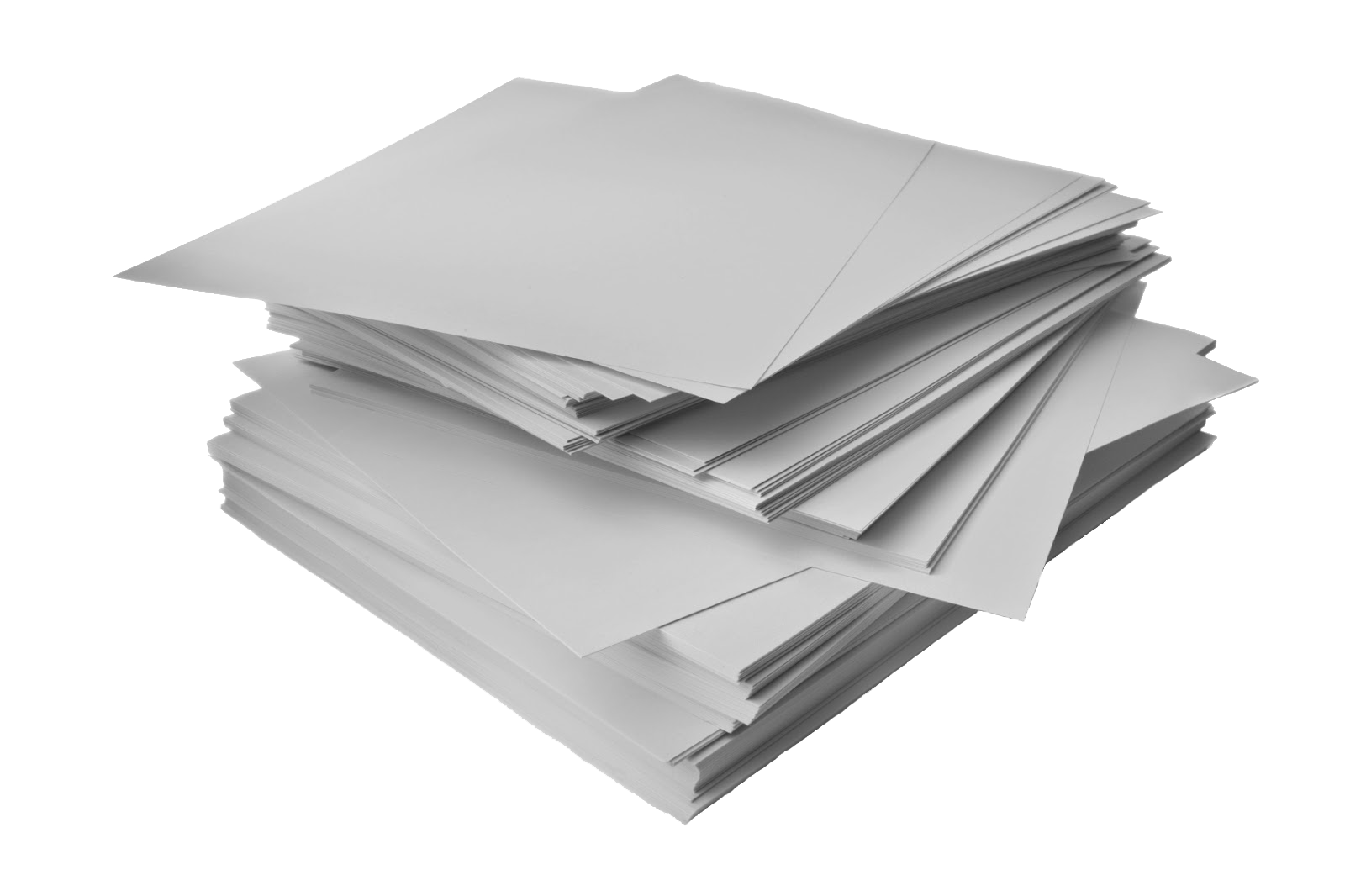 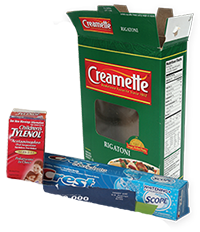 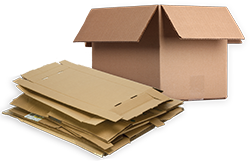 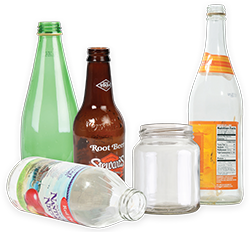 Your Guide to Recycling in Fort Collins and Loveland

The Northern Colorado region is known for their green practices, extreme care for the environment and eco-friendly habits. Just take a look at the way the residents of this area prefer two wheels to four, their love for solar energy and their collective green thumb in the garden.

One of the more active ways a city can practice their eco-friendliness is by recycling on a daily basis. While you may have a current recycling pick-up system in place at your house, maybe you’re looking for a location you can drop off your recycled materials in town. Besides, you can’t just drop a car battery in your curbside recycling bin and call it good.

Thankfully, there are several drop-off sites and recycling centers in the area to make this process as painless as possible — from plastics to computer monitors!

If you’re dropping your recyclables off here, keep in mind that you must separate certain materials before doing so.

There are separate containers for various recyclables (see below):

Each container has a sign listing the acceptable materials for that container.  Recyclables in plastic bags are not acceptable.  There is a separate container for plastic grocery bags (only)
Trash and other materials should not be placed in any of these containers.  Contaminants create problems in sorting and recycling materials.

On that note, there’s a lot to learn about recycling plastics, so be sure to check out their guide to acceptable and unacceptable plastic containers!

There is some exciting news in the recycling world of Fort Collins! The Timberline Recycling Center is moving their operation to a new recycling center a half-mile down the road scheduled to be opened on August 22, 2016. Not only will they have new and improved facilities, Timberline will now accept more materials than ever before!

Residents and local businesses can drop off conventional recycled materials at no charge, just as they could at the old location. However, for $5 per visit, you may now bring a variety of “hard-to-recycle” materials, including paint, used motor oil, antifreeze, batteries, electronic waste, scrap metal, concrete/asphalt/rubble/porcelain and organic debris.

Can’t stand the wait? Watch a live video stream of the site’s construction.

The City of Loveland Recycling Center is located in the western part of the city near Schuster Lake. Bring your recyclables to their facilities Tuesday through Sunday between 7:30 a.m. and 4:30 p.m., keeping in mind the various specifications this recycling center has.

Eligible Loveland residents will receive a permit to present in order to drop off yard debris — but a permit is not required to dispose of recyclables!

At the City of Loveland Recycling Center, you may recycle:

Check out their full list of specific recyclable items to see what each category includes.

You may also recycle the following items, if you separate them in their designated collection containers:

RMB Recycling Center is a locally owned business serving Fort Collins and Loveland since 1982. They accept various scrap metals, and give cash for non-ferrous metals including aluminum and aluminum cans, brass copper, lead, stainless steel, radiators and lead acid batteries. RMB Recycling Center also accepts car batteries, fax machines, VCRs and DVD players. Keep in mind that you must pay a fee if you would like to recycle monitors, laptops, copiers and microwaves.

RMB has a thriving pallet business they started in the late ‘90s, where they recondition four-way wood pallets for shipping and provide and sell pallets to commercial accounts and the general public.

Off the wall vans red